Here is Day #6 which shows my final effort in this year’s Christmas decorations. I have enjoyed playing with purposely moving the camera (in this case, my phone!) to get those lines of movement but I was also taken by the “glow” of the colors on the wall.

Let the holidays begin…the first lights inside and outside home:

I let today’s real shot go by un-photographed…I was in the subway on my way to work standing near the door looking down the row of seats. Miraculously, there was no one on an electronic device! And even more surprising there were 2 things in my line of sight at once:  a man right next to me not only reading the newspaper, but using a pen doing the crossword puzzle. And further down in the row of seats there was a young girl – maybe about 9 or 10 years old – engrossed in reading a book! How I wanted to get out the phone and take a photo! But my reservations about invading personal space took over and I just looked and smiled – and moved on as my stop approached and the rest of the work day took over. But that image stays with me.

So what is today’s photo? Way back, when I got my first camera, I used to challenge myself to take images right at home without the fascinating location or the special people or event. So that’s what I did this evening. I sat and said “Oh no! I didn’t take a photo today! What am I seeing from here that I could photograph?” So here it is – my photo of the day:

Going places and landing. I do love both so much.

This is a Christmas ornament that I saw in a shop in Wurstboro, NY with a mind-blowing amount of beautiful things. I want to accept the challenge of a photo-a-day but I am adding on my own challenge of writing  a line or a caption to go with it. It will remain “all about the image” but I will add a small amount of text – a word, a line, a short paragraph – to go with it or inspired by it.

Day#1: Leaves on and off the trees

Here is my audio-visual creation for this week’s theme. It was lots of fun – and addictive! – once I got started. 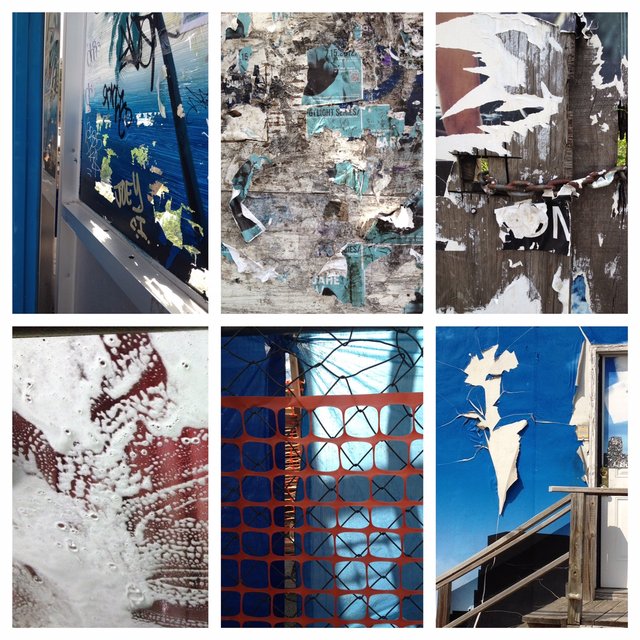 This is part 20 of a story jumping activity for Digital Writing Month. To read the story (so far), follow the links below. You can sign up in the Google Doc if you’d like to join in.

Part 1 Bruno’s blog started us off with a personal narrative.

Things were not going exactly as planned. But that was actually part of their version of the plan. They put the time crystal down and looked up at each other, both nodding with the same sense of contentment. “I think they’ll be Ok” Kal* said. Kara** allowed a smile to sneak across her face as she said, “I think Wry just made that possible.” They didn’t need to say any more. As cousins, they had similar instincts and deeply understood that saving Earth was about helping the people of Earth to save themselves.

The idea that “time is a flat circle” was new evidence that these humans who they had chosen to bring along a little faster in the process, could eventually understand a tesseract and hopefully become a part of the plan of their own free will. But the waiting and the nurturing through these steps was agonizing. Fortunately, there already were hints of the larger population’s understanding. That Madeleine L’Enge book with the chapter about young Charles who understood a tesseract and its role in time travel. And that movie Interstellar with its bold sandwiching of so many of the complex ideas needed to see the universe in a new way. And Kevin and his CLMOOC friends with their openness to tinkering and rethinking technologies. There certainly was reason for hope.

Kal and Kara had broken away from the others at the Fibonacci Institute who wanted to rush in and “teach the Earth people” and “save the planet.” The Institute believed that if humans hadn’t applied the Golden Section to astro-physics*** even though the concept had been known since the 13th century, how would they understand time travel? Every day the  planet was slowly moving into their galaxy’s fourth dimensional sphere and the people of Earth needed to be ready. A few centuries was not a long time when it came to space and time travel. So the two cousins had created the maps with their time and space altering abilities to help select humans learn how to handle the new sense of reality they would be living with – how to handle being a jumper – slowly. Kevin was just beginning to understand how it worked – kind of like that series of books about The Time Warp Trio. But he had already missed one clue that they originally argued about whether it was too obvious or not. The hidden pattern in the paper the map was printed on was, in fact, a tessellation. By using a magnifying glass or by soaking the map in water, one could see the pattern and, hopefully, make the connection to the larger

concepts in this new way of looking at the world. Could they even connect a tesselation to time travel? Kal wasn’t so sure. Kara thought it was worth the time to let them figure it out for themselves.

But now, Wry was helping them get there a little faster by suggesting that the 2nd map was not important. Yes, one would do. And indeed music was a language that would help them all understand each other despite the dialects, the loss of vision, the guns. And ultimately, connecting rather than separating the people of Earth was going to be important in their ability to understand – and live in – the fourth dimension. Things were looking up!

Suddenly the time crystal starting blinking again, their signal that Kevin and Sarah were on the move. Knowing their little troop of humans was headed to Hawaii had  not presented any urgency for Kal and Kara, but now their eyes opened wide when they saw the image in the crystal. What was happening??!!

Inspiration #1: Stopping to look at an unlikely place – the peeling wall.

Inspiration #2: Photographing a section of it

What is behind? But so much is in front. The cover-it-up paint. The announcements and pleas. The world as we want it to be. The stage and screen and someone else’s idea of beauty.  Were they layered on with care and thought by the ones with the message? Or were they just assignments carried out for cash? And now they are not being peeled away by curious caretakers to reveal assorted truths. Instead they are withering away. In the drying out, in the sun-bleached fading, or rain drenched neglect they are slipping off their perch. Edges droop, images fade, messages are butchered. No one sees what was originally sung or savored or sold. It is a blur of lost intentions.

Even when they were new those were thin pronouncements needing glue to stick to their mount. What they have become is a soup of voices stirred together by time and their own colorful character. They are now a new sound, a new voice: no longer wailing or wooing but a complex chord that my lens catches with surprise. And this new message, whatever it is, will be the wall that lives.

I am getting started at combining writing with my images. This is the first one. Hoping to do the others and then I am wondering if I might be able to re-knit them all together with connecting words or phrases across the panels.

I am always looking for the “artistic image” in the seemingly unartistic, uninteresting or ignored spaces. It means I walk a little slower past construction (or destruction) sites, stop short at seemingly uninteresting places and look closely or with a cropping in mind to isolate something that could be considered “abstract art.” For this theme, I am only just beginning to pursue the challenge I set for myself which is to combine writing with images. I started by looking back through my iPhone images for those that were inspired by what I sometimes call “found art” or “wall art” or “What is art?” This is only step one in the process. Before the end of the week (time is so limited except for this extra day off in the middle!) I want to add writing to these pieces – somehow. Not sure how yet, but I am interested in what Nathalie and Wendy shared about Bazaart.

Here re 6 images from this past year that have nothing necessarily to do with each other but will be my visual palette for this week’s writing. 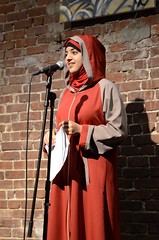 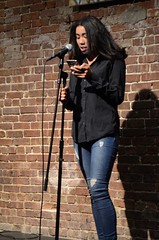 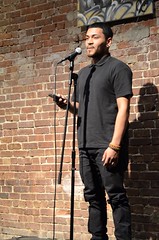